On New Year’s Eve, it’s out with the old and in with the new — which includes fresh adventures and wondrous experiences you’ve never had before when you spend the holiday in Orlando. Our theme parks, attractions and other reasons to visit are definitely ready to ring in 2022!

No matter where you’ll be in the Orlando area, memorable New Year’s Eve celebrations aren’t far away. Numerous holiday season events will also still be available on December 31 and January 1, giving you another chance to experience their wondrous offerings.

New Year’s Eve at The Edison

At Disney Springs, The Edison is hosting a New Year’s Eve gala with live entertainment, world-class dining and an open dance floor, with the excitement starting at 8 p.m. Entry includes complimentary appetizers, and cash bars will also be available. When the clock strikes midnight, the evening will conclude with a celebratory champagne toast to usher in the new year! Pricing: $150 per person for guaranteed table/bar seating (entry at 8 p.m.); $25 per person for standing-room only (entry at 10:30 p.m.).

The glittering New Year’s Eve Gala at The Alfond Inn is back with live music, chef-served food stations, a premium open bar and a champagne toast. A live stream of the Times Square Ball Drop will ring in 2022. The Alfond Inn is located in Winter Park, about 25 minutes from our main tourism districts.

Swing your way into the New Year with Drive Shack Orlando’s New Year’s Eve Party! Reserve a bay for up to six people and enjoy unlimited BayPlay from 9 p.m. – 1 a.m., plus party favors and unlimited soda, tea, coffee and water. Drive Shack is located in Lake Nona, close to Orlando International Airport (MCO).

All of Orlando’s theme parks will be ringing in the New Year with special events you won’t want to miss — and yes, most will have fireworks!

Walt Disney World Resort is going all out for New Year’s Eve, with not one, not two, but three theme parks staying open till midnight! They include Magic Kingdom® Park, EPCOT® and — for the first time ever — Disney’s Hollywood Studios®, with Disney’s Animal Kingdom® Theme Park scheduled to be open until 7 p.m. You can also join music group Epic at Disney Springs® with a free show on the AdventHealth Waterside Stage. No matter where you go at Walt Disney World, expect special surprises throughout the day and dazzling displays to close out 2021!

Celebrate our connection to the sea, sea life and the world we share by ringing in the New Year, SeaWorld Orlando style. After an unforgettable evening filled with exciting shows, amazing animals and thrilling rides, enjoy a spectacular fireworks display from a variety of viewing areas around the park and give 2022 a wondrous welcome.

As part of their Holidays at LEGOLAND event, LEGOLAND Florida Resort is ready to welcome the new year and say goodbye to the old with its Kids’ New Year’s Eve fireworks. Witness colorful bursts of LEGO® bricks lighting the night sky over Lake Eloise — and at the kid-friendly hour of 8 p.m.!

In addition to exceptional entertainment, you can count on delectable New Year’s dining when you ring in 2022 in Orlando!

Please note: All New Year’s dining offers are only available on their indicated dates. Prices do not include taxes, service charges and gratuities. Reservations are recommended or, when noted, required. 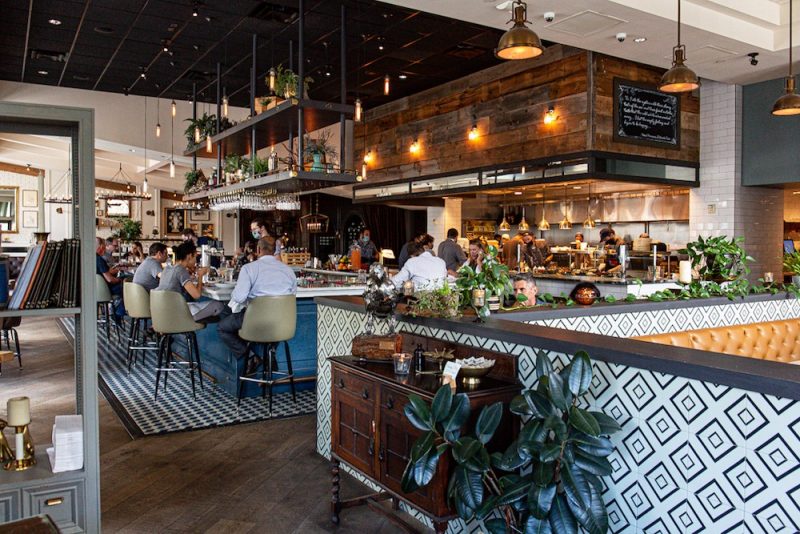 On Dec. 31, The Osprey is serving a seven-course Chef’s Tasting dinner with optional beverage pairings. Cocktail hour begins at 6:30 p.m. with the first course at 7 p.m. The Osprey is part of the Baldwin Park neighborhood just east of downtown Orlando. Pricing: Starts at $189.75 per person.

Located at Pointe Orlando on I-Drive, Brazilian steakhouse Rodizio Grill will have a special holiday menu on Dec. 31. Pricing: $54.99 per person.